Recognizing Symptoms of Dysphagia After a Stroke 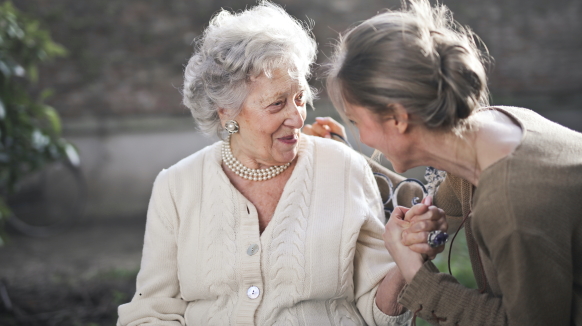 Every year, more than 795,000 Americans have a stroke, or a sudden interruption in the brain’s blood supply.[i] Stroke is typically caused by a blockage of arteries leading to the brain or the rupture of an artery within the brain.[ii]

According to the National Institutes of Health, stroke is a leading cause of death and severe disability, including paralysis or problems controlling movement. [iii] One motor control issue that affects more than 50 percent of stroke patients is dysphagia, a disorder that can result from damage to the part of the brain that controls the muscles used for swallowing.[iv]

Because May is National Stroke Awareness Month, it is especially important to learn how to recognize symptoms of dysphagia that can occur after a stroke, which include[v]:

In addition to difficulty drinking, eating, swallowing, and controlling saliva, dysphagia can cause aspiration, which occurs when food or fluids enter the lungs.[vi] Aspiration typically triggers coughing; however, for stroke patients who cannot cough adequately, it can result in a life-threatening chest infection called aspiration pneumonia. In fact, stroke patients with dysphagia are seven times more likely to experience aspiration pneumonia.[vii]

Because the majority of stroke survivors experience dysphagia, one of the first hurdles on the path to recovery is swallowing dysfunction. To begin addressing dysphagia in stroke patients, a speech-language pathologist (SLP), dietitian, or healthcare professional trained in treating swallowing disorders will conduct an examination, which could involve the following tests[x]:

Then, the swallowing specialist will design a treatment plan that might include:

Visit the American Stroke Association for more information about stroke, life after stroke, and articles about stroke survivors and their family caregivers.

[i] “May is National Stroke Awareness Month.” Society for Public Health Education.

[ii] “What is a Stroke?” The Internet Stroke Center.