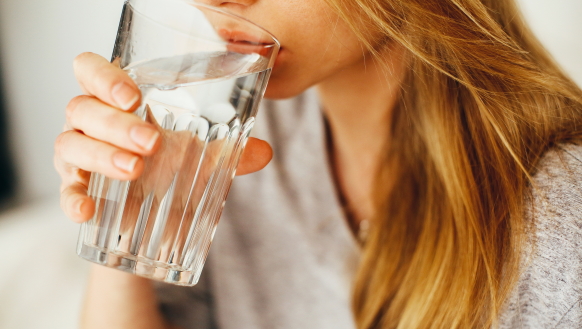 Exploring and analyzing the etiology and pathogenesis specific to oropharyngeal dysphagia (OPD) within palliative care populations has revealed key determinations related to this swallowing disorder2, including:

1. The oropharyngeal process is classified as the active phase of swallowing. This complex action includes the initiation of the swallow, squeezing food and/or substances toward the thoracic region, and sealing the airway to prevent food or liquid from entering the airway (resulting in aspiration), and/or to prevent choking.3

3. OPD is characterized by difficulty initiating a swallow. This initial challenge often corresponds with aspiration, nasopharyngeal regurgitation, and a sensation of residual food remaining in the pharynx.5

4. OPD frequently occurs after thoracic surgery procedures. According to one recent study, patients particularly at risk include those subjected to preoperative tobacco abuse, gastroesophageal reflux, and cardiopulmonary bypass procedures.6

5. Fiber-optic endoscopy and videofluoroscopy have become the OPD diagnostic “gold standard.” These technologies are typically applied to measure the success/fail rate of oropharyngeal dysphagia therapy. Additional diagnostic applications and practices include an evaluation of clinical assessments such as dysphagia severity ratings or dietary status.7

6. OPD affects patients of all ages. Although prevalent in the elderly, OPD is also well-documented in demographics aged 18-45, as well as adolescents less than 18. Children, particularly those afflicted by neuro disorders such as cerebral palsy, can be susceptible to OPD and its effects.8

Understanding the health ramifications of OPD is critical for preventative and ongoing treatment protocols.9 Ongoing research will provide better clinical understanding concerning what common approaches may be applied as both short- and/or long-term remedies for the swallowing disorder.10